A rewarding walk along the River Dee, starting from Cults Hotel, but the path by the river is narrow and unsurfaced, often muddy after rain; rough with exposed tree roots, fallen trees and there is always the danger of sections being flooded or washed away after heavy rain. Enjoy the views of the river and look for salmon jumping, heron stalking through the shallows, goosander, mallard and other wildlife. 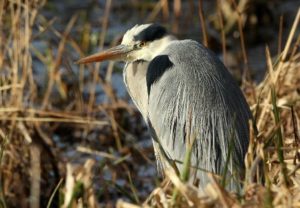