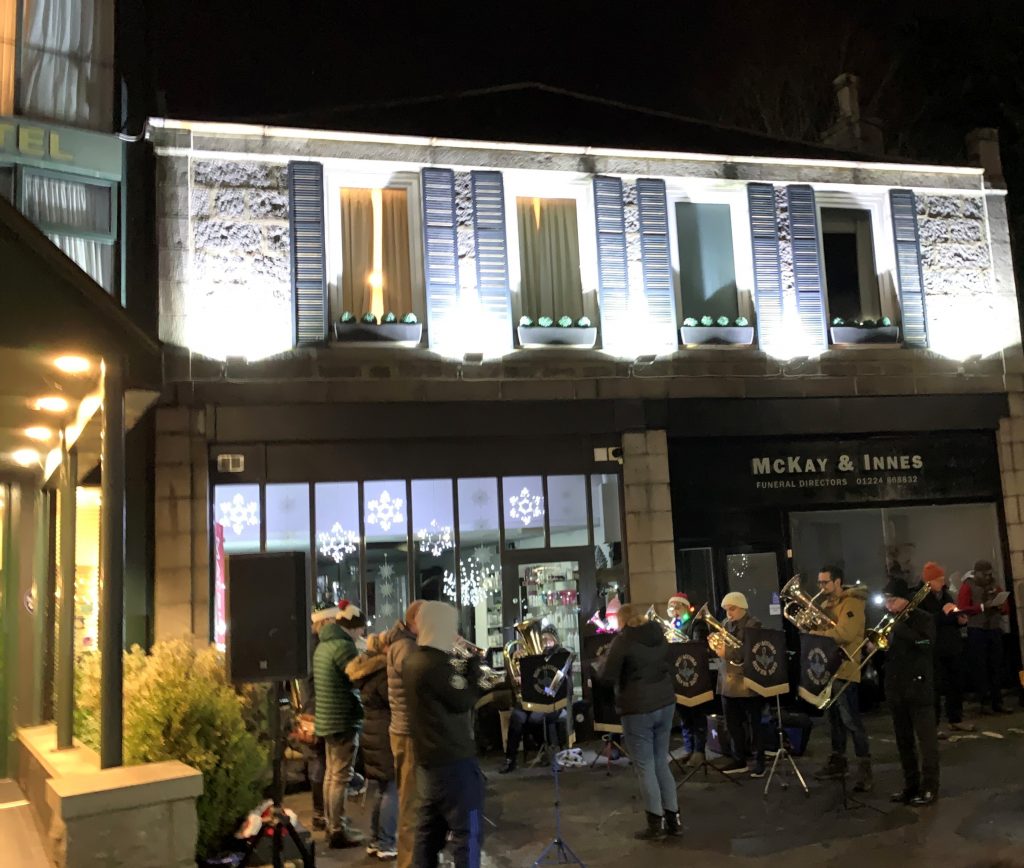 The annual Christmas Carol event has been organised by the CBMCC for many years. The Community Council owns Christmas lights which it deploys each year on the trees and shrubbery in the bed opposite the Cults Hotel which makes a festive backdrop to the community carol singing event usually held on the first Monday evening in December. Ministers from the local churches conduct the proceedings & song sheets are provided. Music has been provided by the Bon Accord Silver Band and Fiona Kennedy in previous years. A highlight of the event at "half time" is hot soup provided by the Cults Hotel and hot mince pies, which for the past two years have been provided by Sainsbury's Local and heated by Cults Parish Church members at the Hub Cafe. Over the past few years donations collected on the night have been given to Voluntary Services Aberdeen (VSA).

The Christmas Carol event took place on Monday 6th December 2021 which was well attended and a lovely way to kick off the festive season.